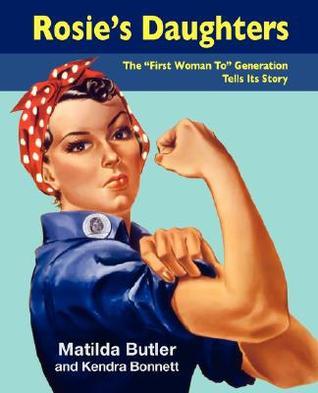 Not the kind of book you'd pick up at first glance Take a second glance, and linger. No, perhaps not your typical summer read, but I was pleasantly surprised at how quickly I was drawn in by this many-faceted story of a generation of women that I, too, have experienced. This begins a bit into my mother's generation, and it very much crosses into mine. I was amazed as I read-how far women have come since World War II. And, much saddened to equally realize how much we have regressed. Only to have to travel this route again, this time, hopefully, learning our lesson better.

We've come so far. We've gotten nowhere at all. Matilda Butler, with the help of Kendra Bonnett, has put together a fascinating collage of interwoven stories. Frankly, if I any complaint at all about this book, and it's a minor one, it concerns the number of stories that appear on each page. There is the main body of the text, pull quotes to either side, and a running quote at top, sometimes trailing across several pages, so that one has to read ahead and then return again to pick up another thread. Gets a bit dizzy. But there, that's it, my only whine, one on layout, and now that that is out there we can get to the good and great part.

Rosie's Daughters is the story of women born between 1940 and 1945, and their older and younger sisters. The primary author, Matilda Butler, interweaves her own story and perspective as a narrative net to hold the many other stories. Rosie, of course, is a fictional character that came to represent the women of this generation in the icon of "Rosie the Riveter." She was "a woman portrayed in overalls and polka-dot bandana welding, riveting, and setting records for the speed she could produce ships and planes." (pg. 13) During WWII, when so many men were called to duty overseas, it was up to the women to keep the country running. For the first time, women left their homes and families to take up physically demanding jobs, working in defense factories, shipyards, foundries, lumber mills and munitions plants. Surprise But these women did well at these jobs-and in spite of the derision and gender bias and sexual harassment they too often had to experience. Women not only did well, they often excelled, shattered stereotypes, and even did better than their male counterparts.

"When a six-million strong army of Rosie the Riveters answered the call to work in factories and offices across the country, they overcame many expectations about women's roles and capabilities, but age-old barriers didn't come crashing down, nor did opportunities for women open up overnight." (pg. 13)

Indeed, as I read through this book and its quilt of women's stories, I was stunned to realize how much had changed even in my own lifespan of a little over half a century. Suddenly, I was immersed in rising memory, looking back at my childhood, remembering my mother as a dutiful housewife, my own lack of planning for financial independence when I chose my college degree. I was stunned to realize how deeply ingrained, still, our chauvinism against women stands, and that includes among women themselves. From housewife to presidential candidate, all in my own time. Remarkable. And yet, the glass ceiling is still to be properly broken and shattered forever.

"I have often said, we will know we have succeeded when there are no more stories about the first woman anything, when the stories are about the great performance of a company whose chief executive officer just happens to be a woman, not about the fact that she is a CEO." (Kay Bailey Hutchinson, first female senator from Texas, pg. 16)

So we honor these women of so many firsts. They broke important ground, ground that we are still in the process of plowing and seeding for future generations. If these women went to work outside the home and did well, who could stuff them back into the home again When they had tasted independence, financial and intellectual and spiritual independence "They outgrew unrealistic dreams of a Prince Charming who would make life perfect for them. They did become wives, mothers, and homemakers, but they also joined the Peace Corps, experimented with alternative lifestyles, earned professional degrees, and entered scores of occupations in which women had been virtually unknown. They were also the first generation to divorce in record numbers, raise children as single moms, struggle with addictions, come out as gay, and rebel and adapt as only rare women had done before." (pg. 21)

Because all was not rosy in homemade paradise. Once those doors were opened, the secrets held so long inside came flooding out. For all their neat and tidy houses, smiling faces, nice so nice feminine manners, women of previous generations had been living in stifled misery. No, of course not all women. For some, that life was well-suited. But to finally have been given a chance to escape the constraints of next to no choices, women raced out to explore the world and their own potential. If life wasn't good, at last these women could do something about it. Our mothers had too often stayed married for lack of an alternative. Choices were at last opening up.

Some women. That it is still a male-dominated world is clear. Old attitudes die exceedingly slowly, and nowhere with more of a hold than inside the psyches of women themselves. Even as I contemplated my own childhood and youth, I realized how much my environment-families, society, schools, churches, work places, media-enforce again and again the way that women should be. Nice. Giving. Caretakers and caregivers. Here to please, all but ourselves. We give until we are empty, we give even when we must wear false faces, and even now, it is too often the only way to survive, let alone thrive. As the author points out, women continue to be taught from all (male) directions to please and appease, and if today's educated and successful career woman would be an ideal match for her male counterpart, too often our male counterparts pass us by to pursue instead the younger women-those who continue to please and appease. Even as older women mature to an ability to love on a deeper, more lasting level, they are finding themselves increasingly on their own, without suitable partners.

And then, of course, there are those ever greater numbers of women who no longer want those partners. Why bother Paychecks have grown to equal or better, education is an open door that opens other doors, and while men frequently gain by marriage in terms of financial assistance and housework and family care, women often lose. In the majority of households, despite dual careers, women are still the primary housecleaners and family caretakers.

Even if we are now bringing home the bacon, sometimes even bigger slabs of it than our husbands or boyfriends, we have yet to understand how to handle the sexual revolution of the 60s, which seemed to allow more for the male fantasy than the female fantasy. Women today have yet to take ownership of their own sexuality, as equal partners rather than objectified embodiments of what the male wishes us to be-for his pleasure alone.

"I look at my daughter and her friends in their twenties and they are reveling in their sexuality. They don't feel guilty, and why should they But I would be happier if my daughter and her friends were crashing through the glass ceiling instead of the sexual ceiling Being able to have an orgasm with a man you don't love or having Sex and The City on television, that is not liberation the problem is: You're not going to elect Carrie to the Senate or to run your company. Let's see the Senate fifty percent female; let's see women in decision-making positions-that's power. Sexual freedom can be a smokescreen for how far we haven't come." (Erica Jong, author, pg. 134-135)

Here, exactly here, is where women of today have regressed. We have yet to understand that to claim our own power is to be who we are-women-and not feminized versions of men. That means in terms of how we do business, how we love, how we make love. When we are fully comfortable being women at our full potential, rather than men with breasts, we will be liberated. Only then will we have shown our respect to Rosie the Riveter for all her hard work and courage. Only then can we say we are her deserving daughters.

Meanwhile, mental and physical abuse against girls and women is on the rise. Finding our Achilles' heel (also, alas, our greatest strength) of wanting to nurture and preserve our relationships, our abusers wield a power over us that we ourselves must deny them. "Mental and physical abuses are especially cruel because the recipient feels it is her fault and that the abuse would stop if she would just behave differently. Eventually, her self-esteem is so depleted that she may be unable to take the actions needed to remove herself from the destructive situation." (pg. 198)

It is the last frontier for women. First, to understand how we ourselves have contributed to this rise in abuse against females. To understand that we cannot condone our own objectification. To understand that men who treat us as less than equals, deserving of respect, are not worthy partners for any woman.

"Every dream requires investing in ourselves," writes the author (pg. 233), and so we must. We must. For ourselves and for our daughters, and for the men who have enough self respect to want partners who stand on equal ground. The author describes in her concluding chapters the kinds of capital we must manage to complete ourselves as human beings. All falls apart if we ignore any of these areas, what she calls the seven life capitals: emotional, physical, cognitive, spiritual, social, financial, temporal capital.

We must recognize, too, that building relationships is what women do best, whether at home or at work or in our social lives. This is not something that we should abandon, but we need to embrace it as our feminine strength, even while demanding respect from those who would use it against us. "Relationships are our greatest gold, our food and nourishment. The only thing that we have at the end of our lives is the love of and for other people." (pg. 249)

Author Matilda Butler is a psychologist and educator; co-author Kendra Bonnett is a marketing executive. The two run a Web site called www.rosiesdaughters.com and teach women how to write their memoirs on www.womensmemoirs.com as a means of awakening, learning, empowering, healing the self. This book is highly recommended for all women who wish to understand the path that women behind us have traveled, where we are now, and where we wish our daughters to be-into a future that is rich with choices, free of abuse, and open to all possibilities.

From The Smoking Poet, Summer 2009 Issue 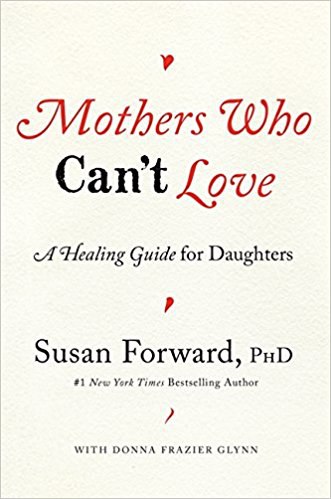 Mothers Who Cant Love A Healing Guide for Daughters 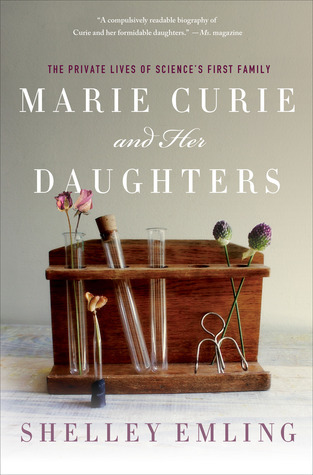 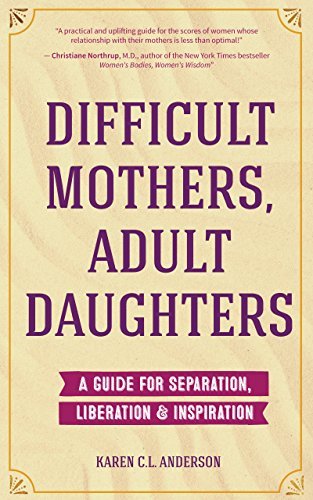 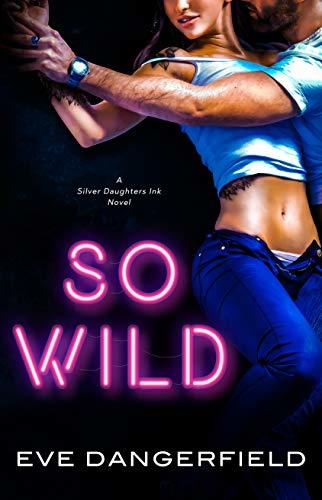 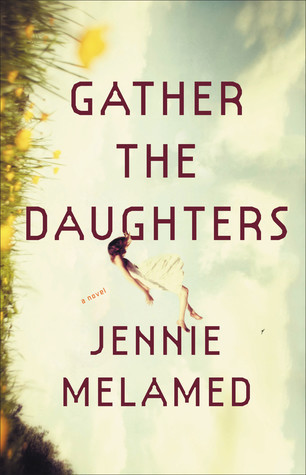 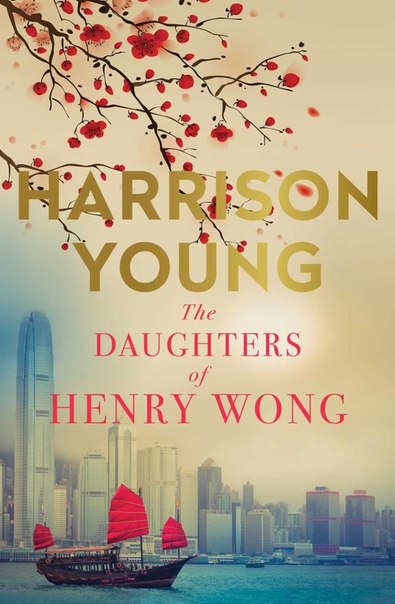 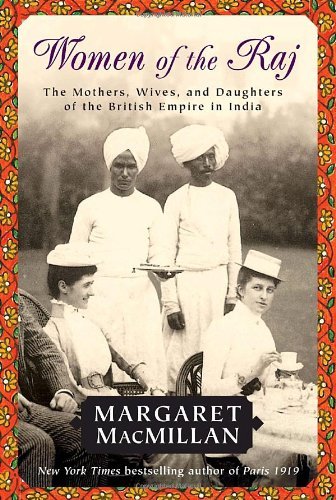 Women of the Raj The Mothers, Wives and Daughters of the British Empire in India, 2nd Revised Edition 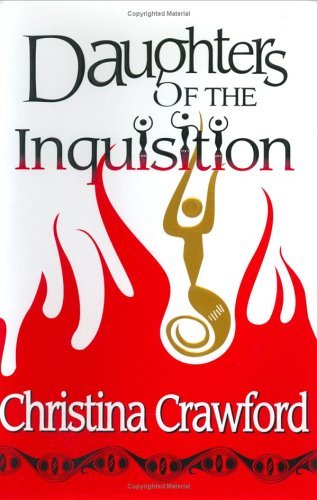 Daughters of the Inquisition Medieval Madness Origins and Aftermath 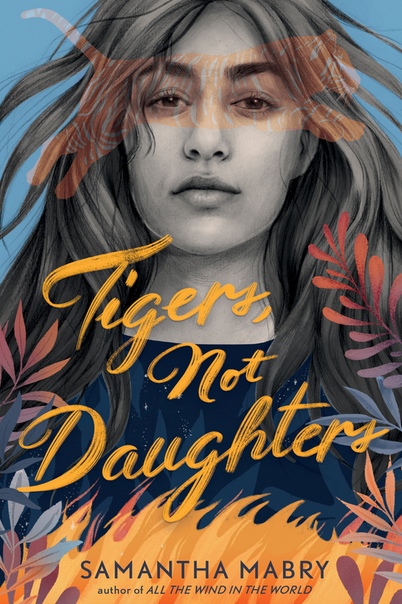 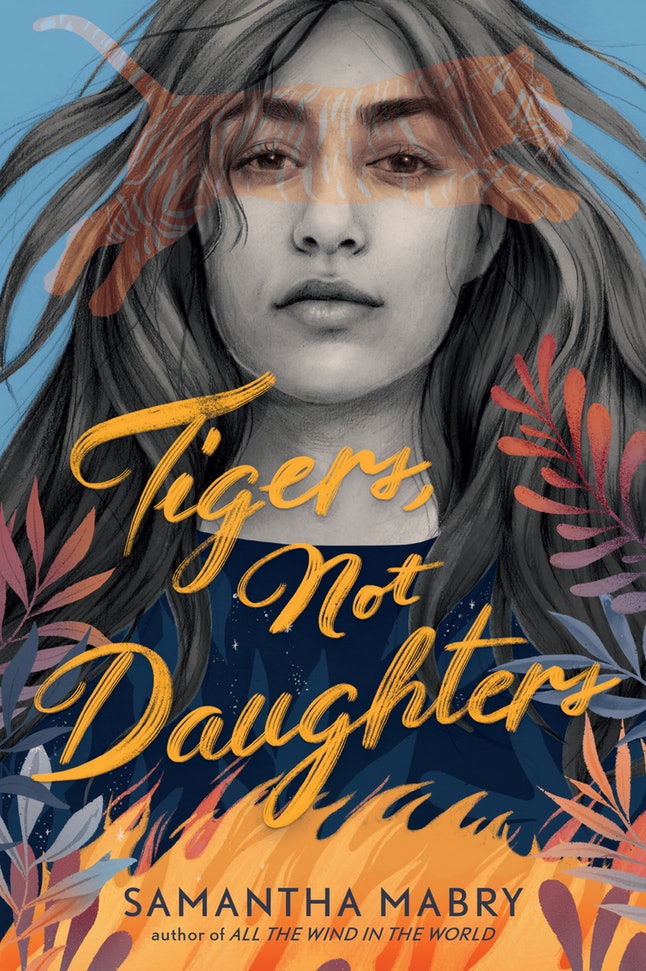 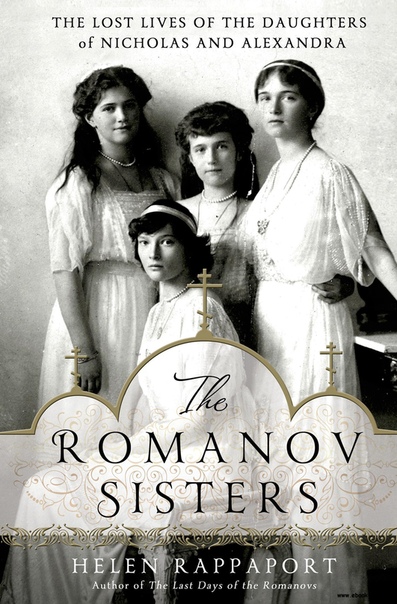 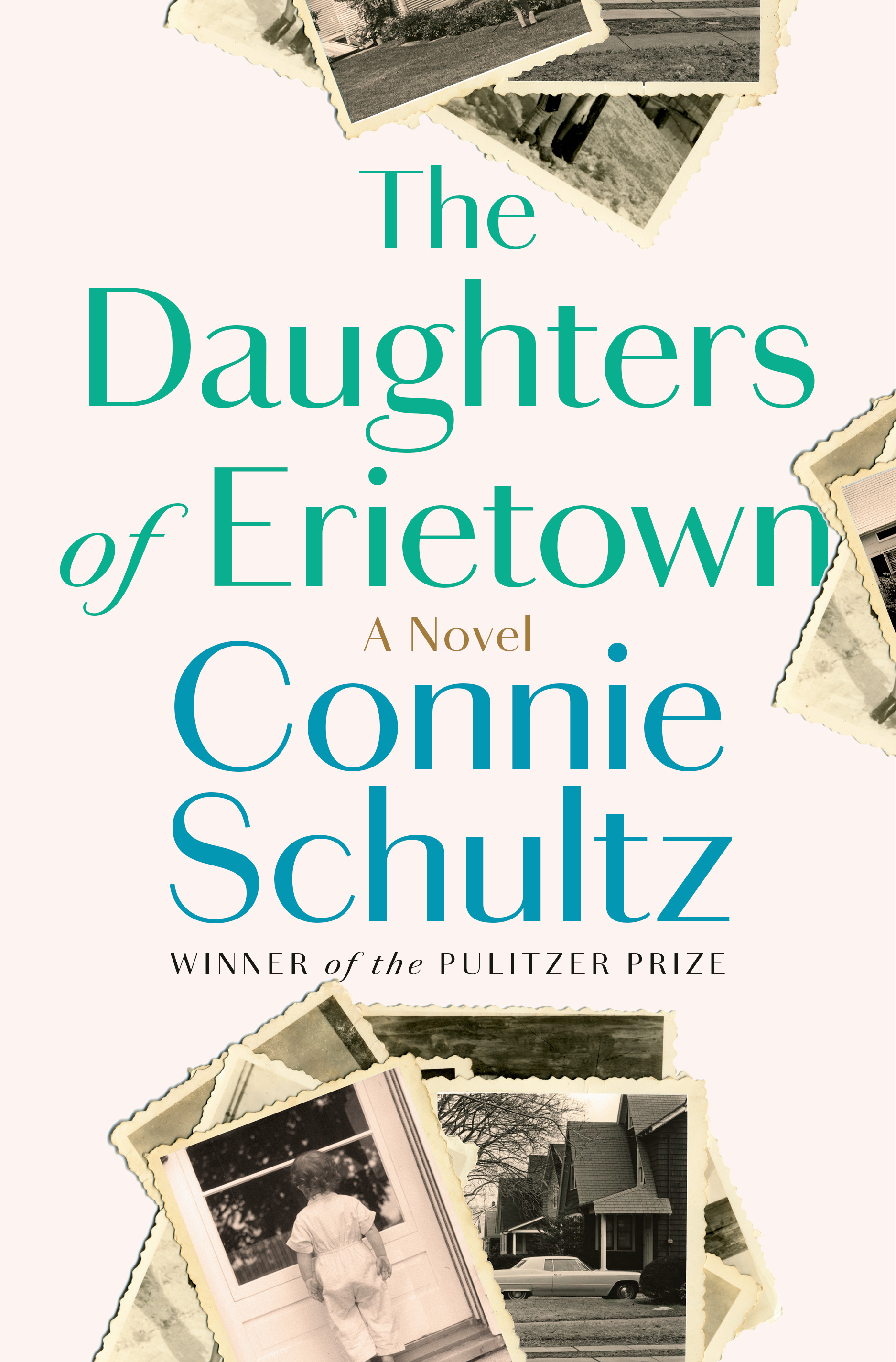 The Daughters of Erietown - Connie Schultz 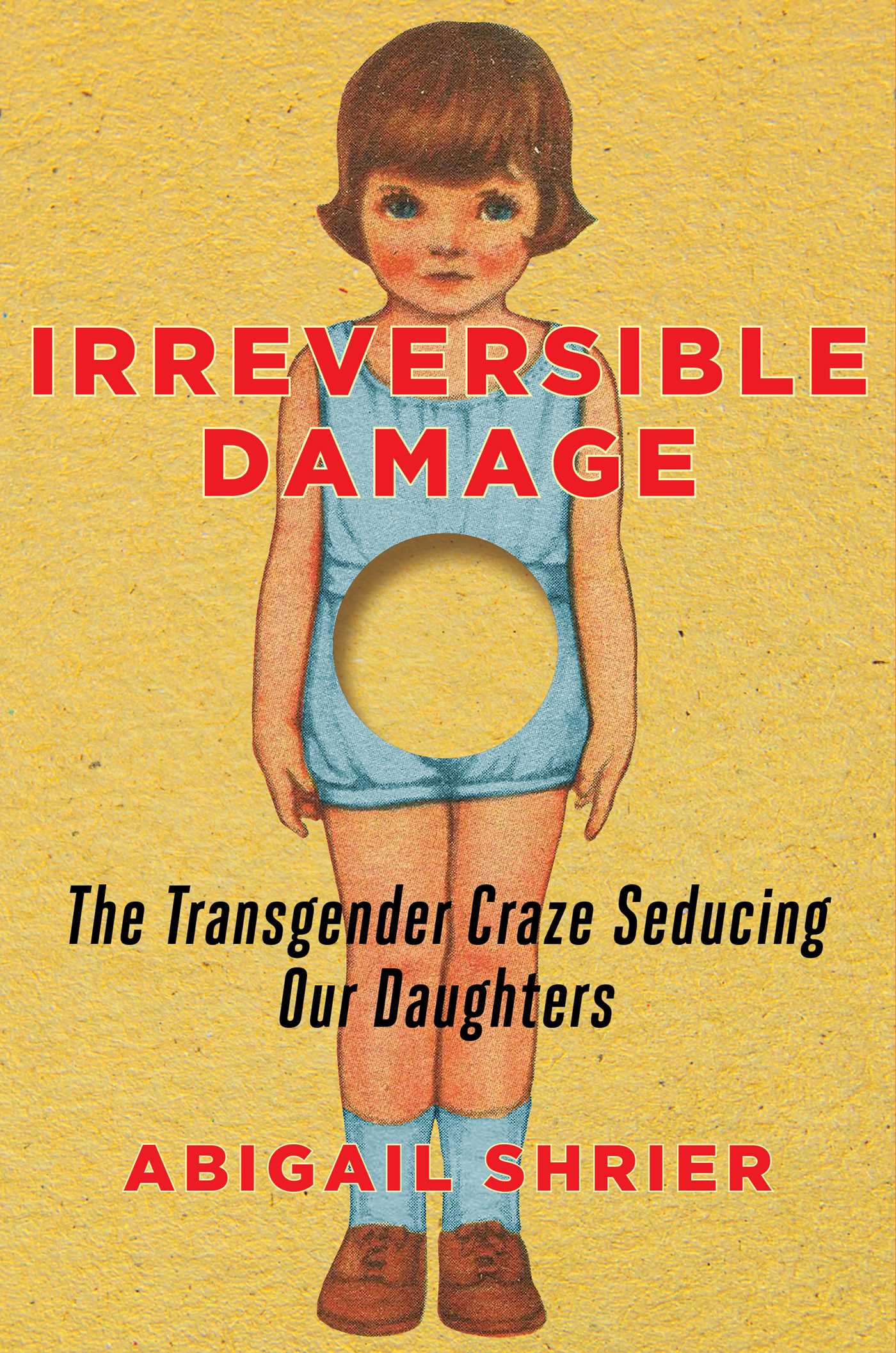 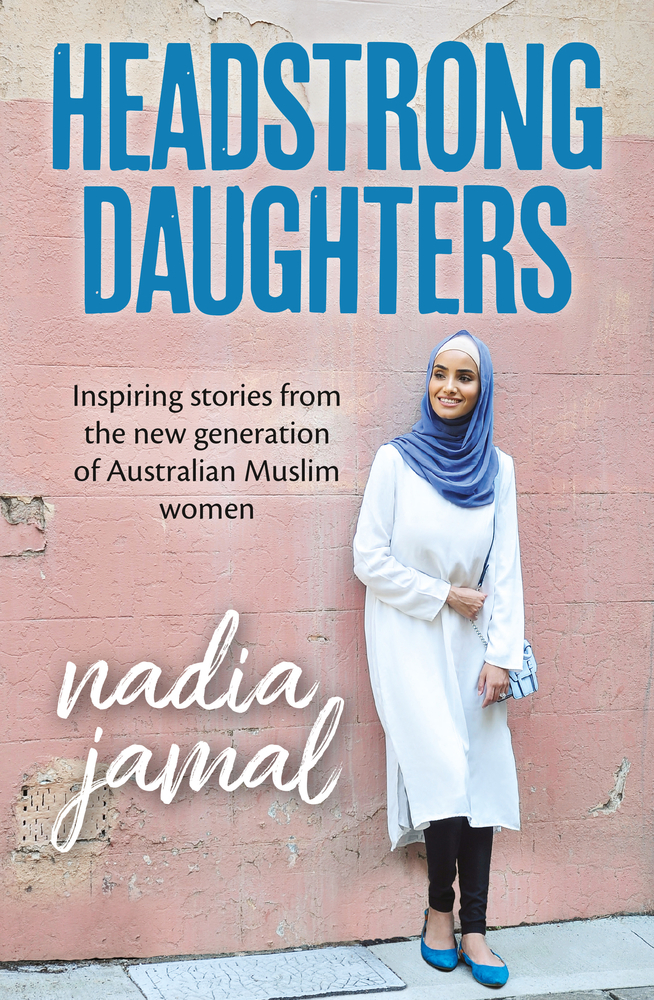 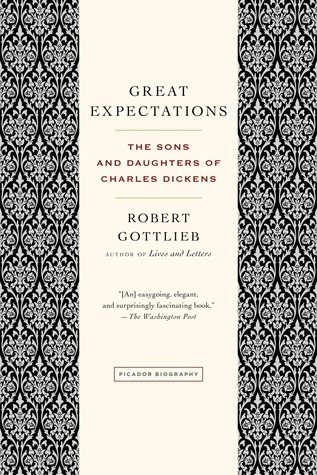 Great Expectations The Sons and Daughters of Charles Dickens 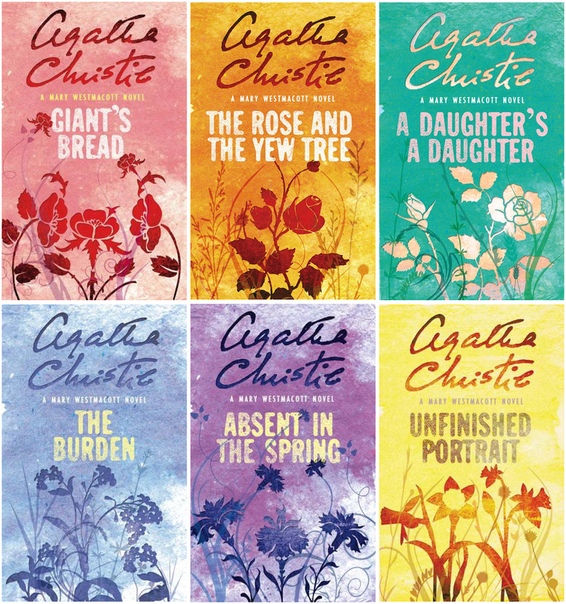 A Daughters a Daughter by Christie Agatha 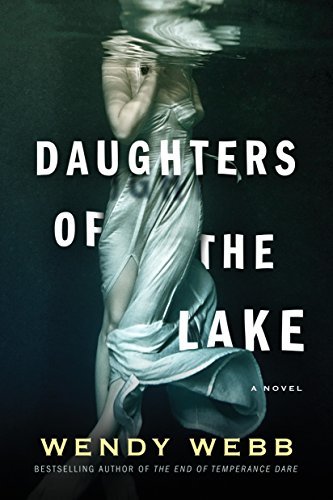 Daughters of the Lake by Wendy Webb 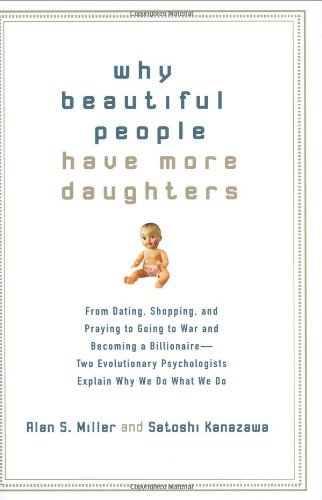 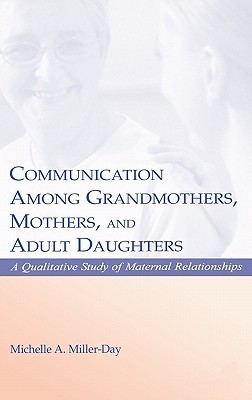 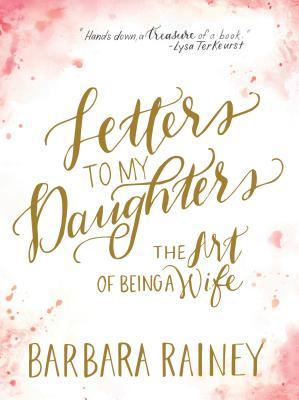 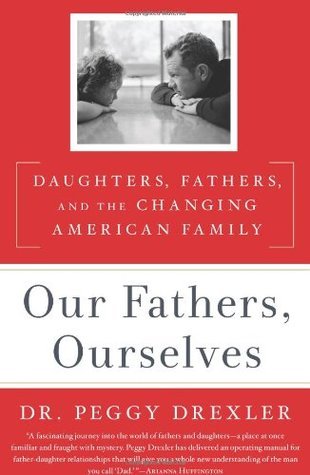 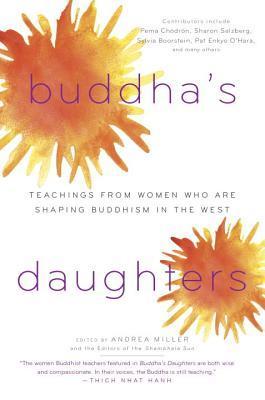 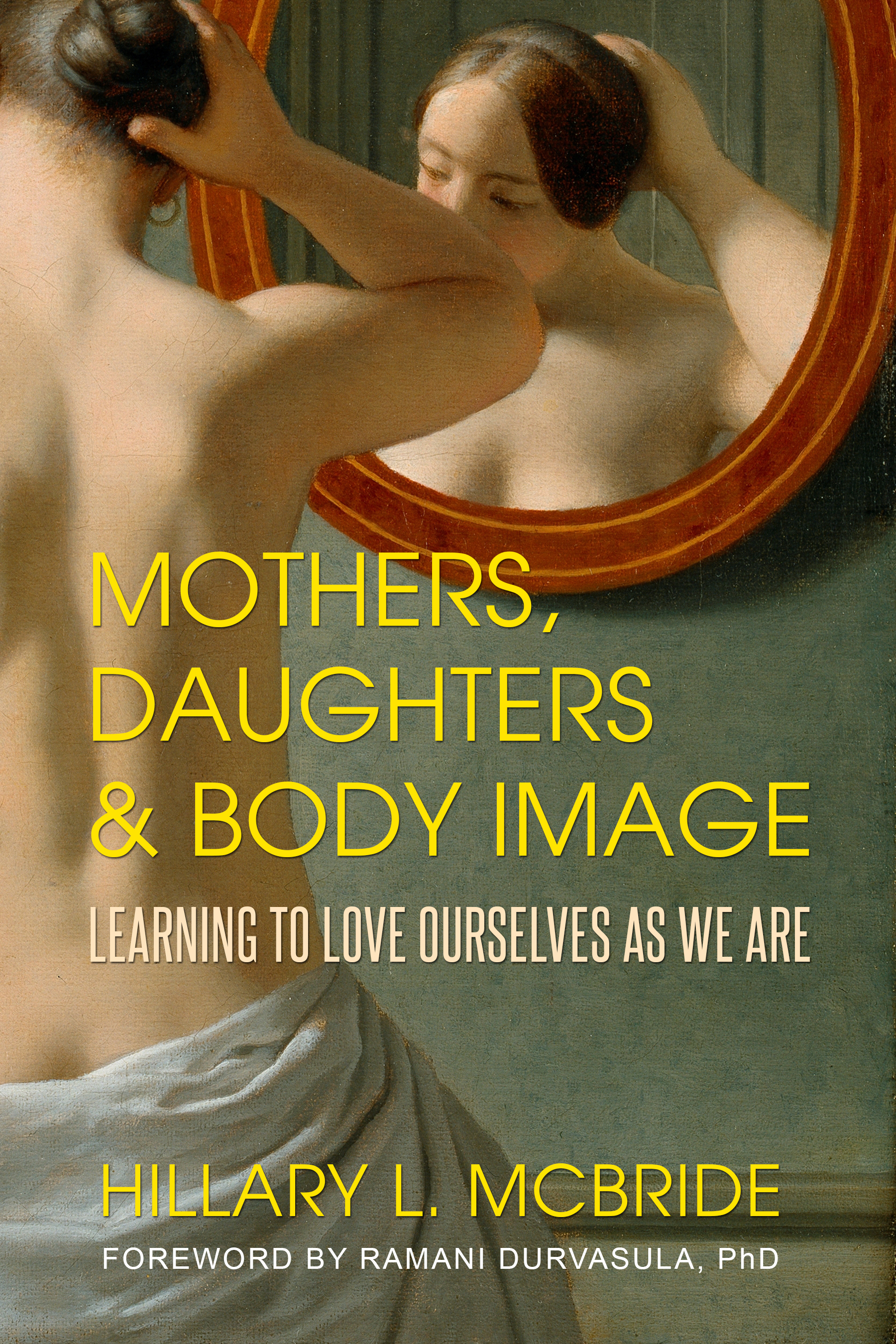 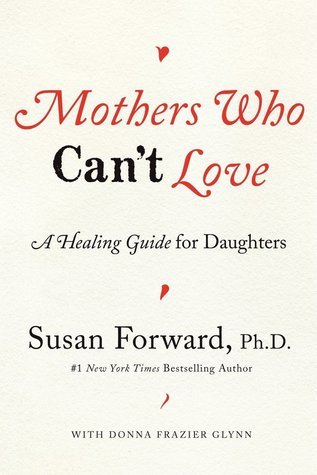 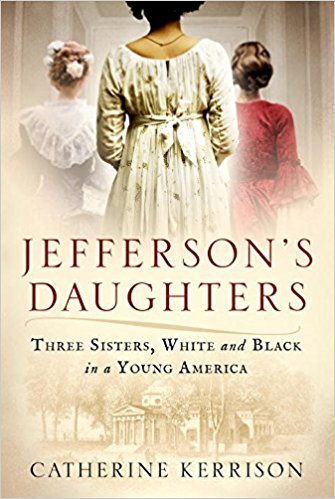